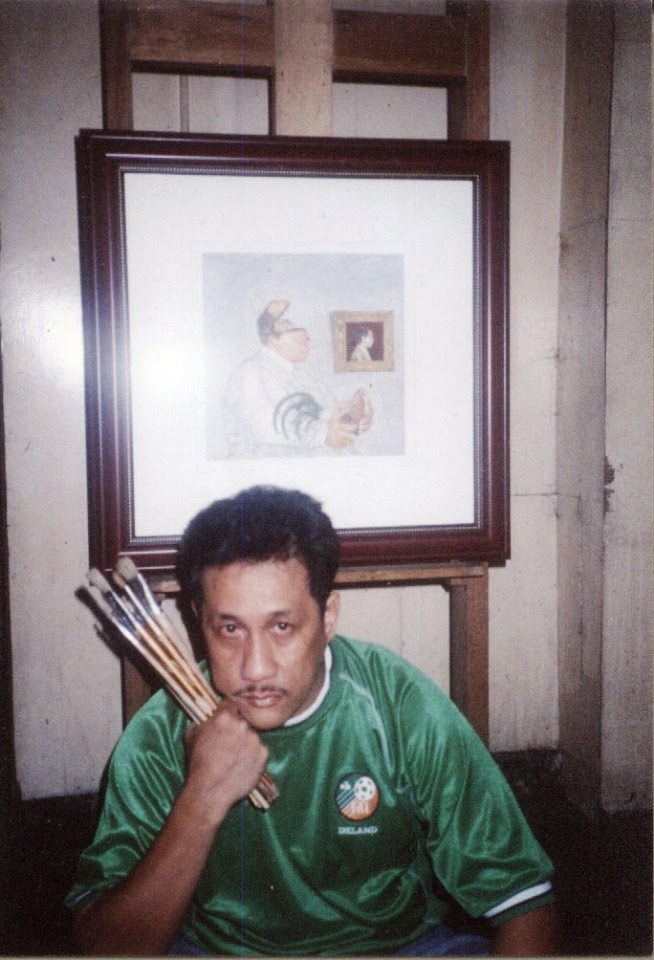 ARNALDO MIRASOL was born and raised in Tondo, Manila, Philippines. He took up Fine Arts, major in painting at the University of Santo Tomas and the University of the East. Mirasol began working as a professional artist in 1981, when he was hired as editorial cartoonist for the newspaper People's Journal Tonight. In 1987, he applied and was hired for the same job in Joe Burgos' We Forum Publications. In between his cartooning stints, Mirasol worked as gallery assistant at the Galeria de las Islas, and was an educational book illustrator from 1988 to 2000.

In 1996, Mirasol showed his portfolio to Reni Roxas and Marc Singer, publishers of Tahanan Books for Young Readers. Being especially impressed by the cover art he did for Phoenix Publishing House, Reni and Marc commissioned Mirasol to do the illustrations for their collaborative book First Around the Globe: The Story of Enrique. Mirasol went on to illustrate four more books for Tahanan: Tamales Day, The Brothers Wu and the Good-Luck Eel, Once Upon a Time, and Long Ago and Far Away. Mirasol's other books are Origin of the Frog, Anina ng mga Alon (Anina of the Waves), and Mga Modernong Alamat Volume 4. Two of his books are prize-winners abroad. The Origin of the Frog won a runner-up award in the 12th Noma Concours for Picture Book Illustration in Tokyo, in 2000. While the excellence of his illustrations for The Brothers Wu and the Good-Luck Eel landed him on the Honour List of the Basel-based International Board on Books for Young people (IBBY).

Mirasol has had three solo art exhibitions, so far - once at the Hiraya Gallery and twice at the Crucible. He had also participated in several group exhibitions. His paintings in the eighties, although belonging to the social-realist school, were tempered somewhat with surrealist color and humor. One of his paintings from that period, the  Hungry Child Dissected, won in 1984, one of the three Best Entry awards in the First Metrobank Annual painting Competition. 2008 was a landmark year for Mirasol. It was during that time that he finally weaned himself away from the sharp-focus realist style of his previous paintings. While his earlier works were rendered with a meticulous attention to details, his recent illustrations and paintings - with their simplification, distortion, and loud coloration - have a decidedly modern and pop art feel to them. Mirasol still lives in Tondo, with wife Carina, and sons Brando de Niro and Karel Andrei. He is popularly known as Arnel Mirasol in the Philippine art circle.


Posted by Arnel Mirasol at 9:06 AM No comments: